When I was eight years old, I was given an assignment to write a book for school. Meet The Places: proof that I was born to be a horror writer. 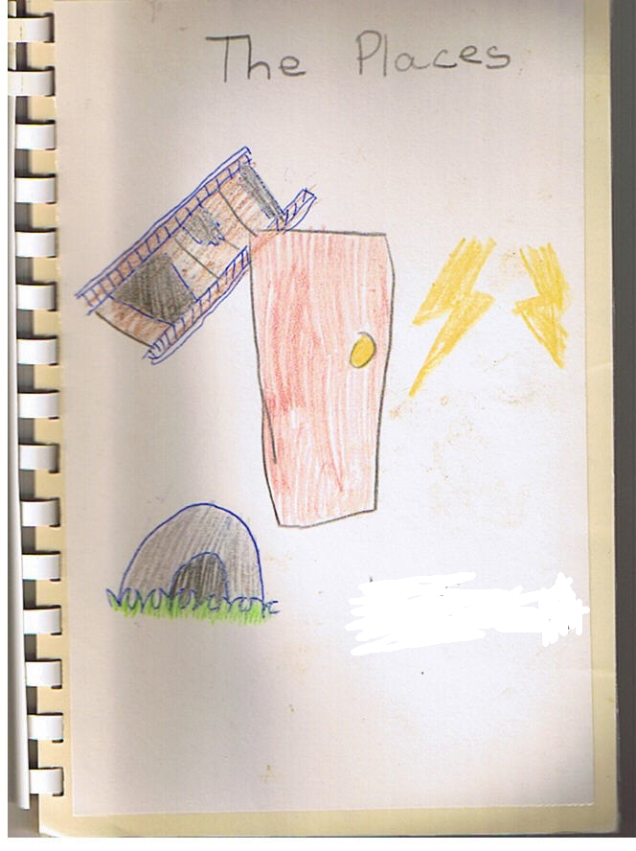 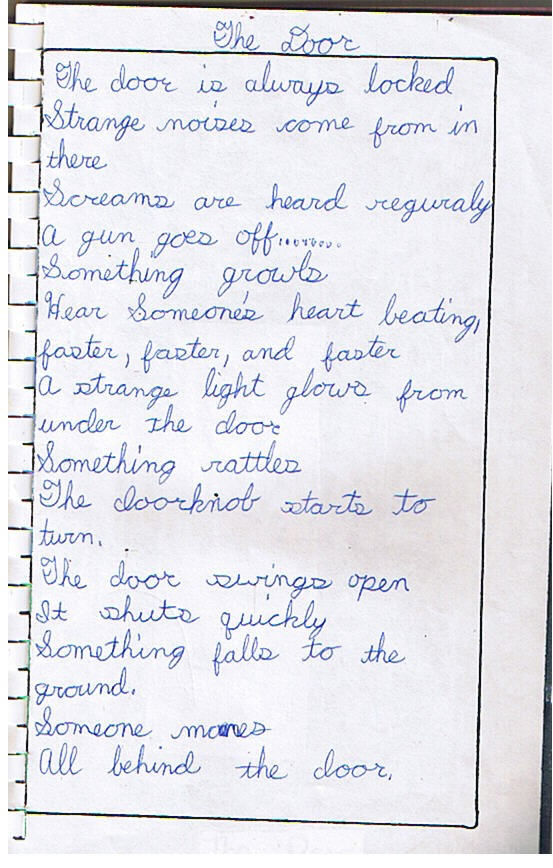 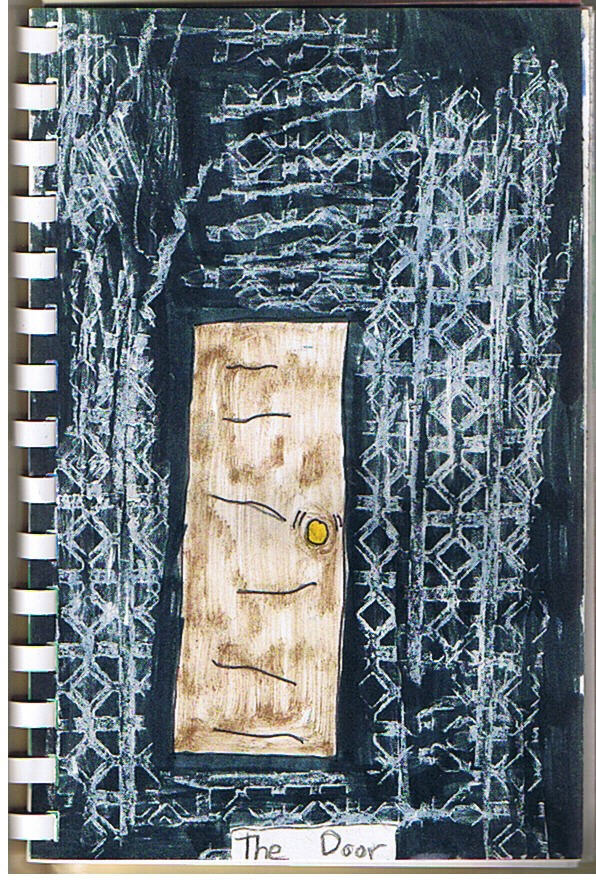 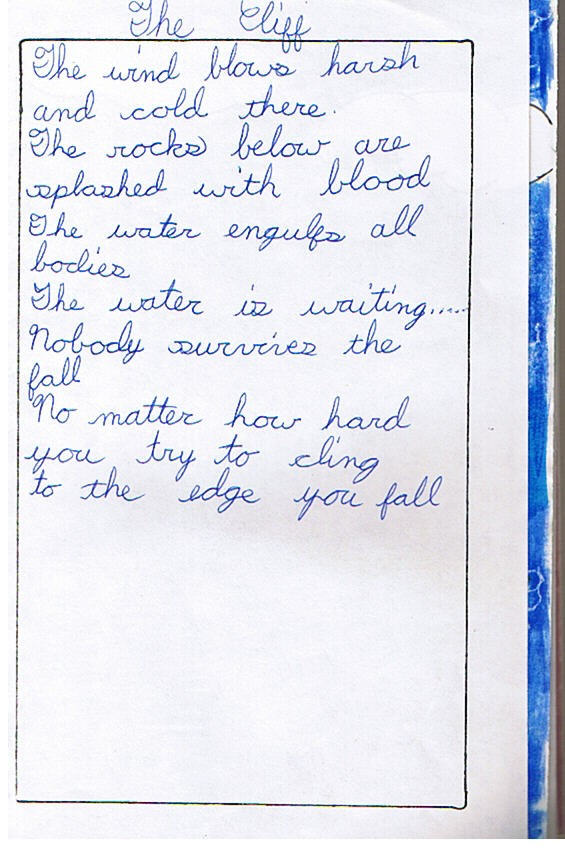 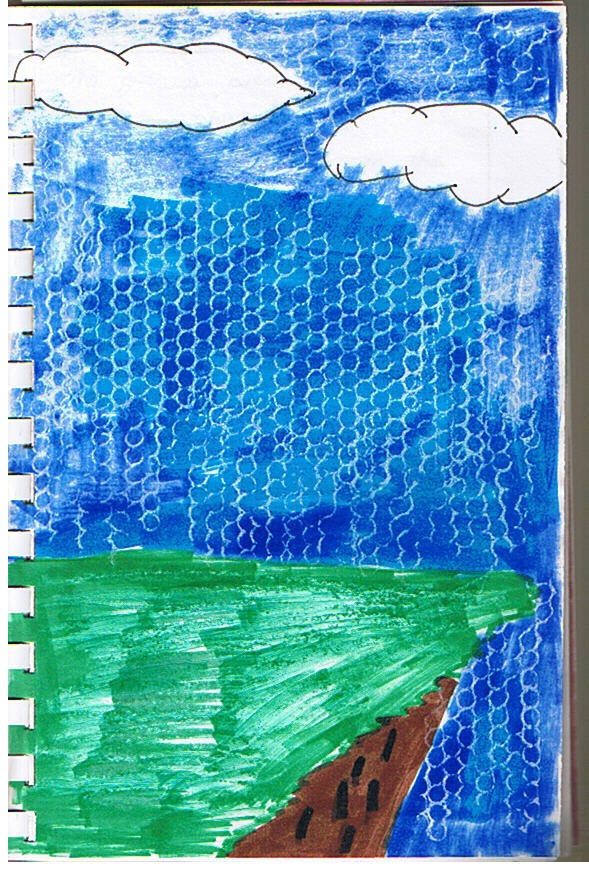 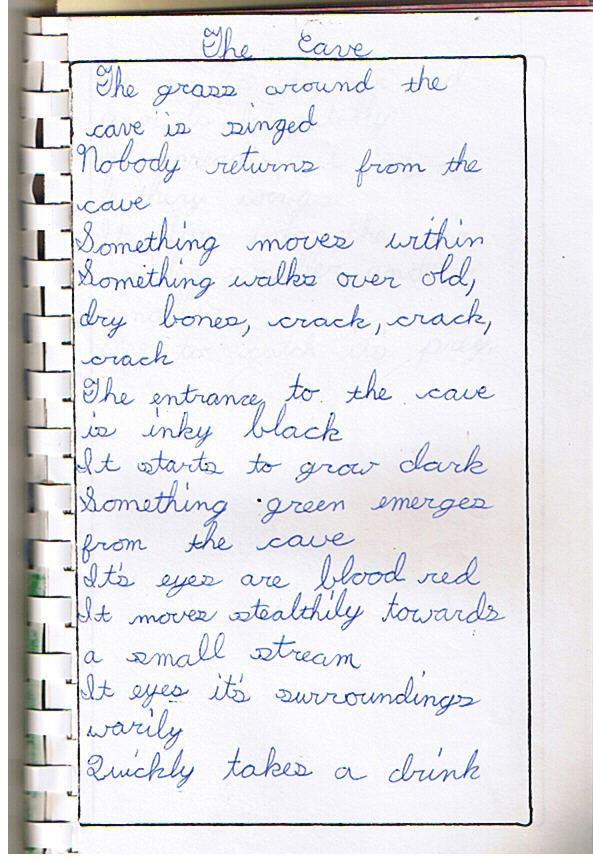 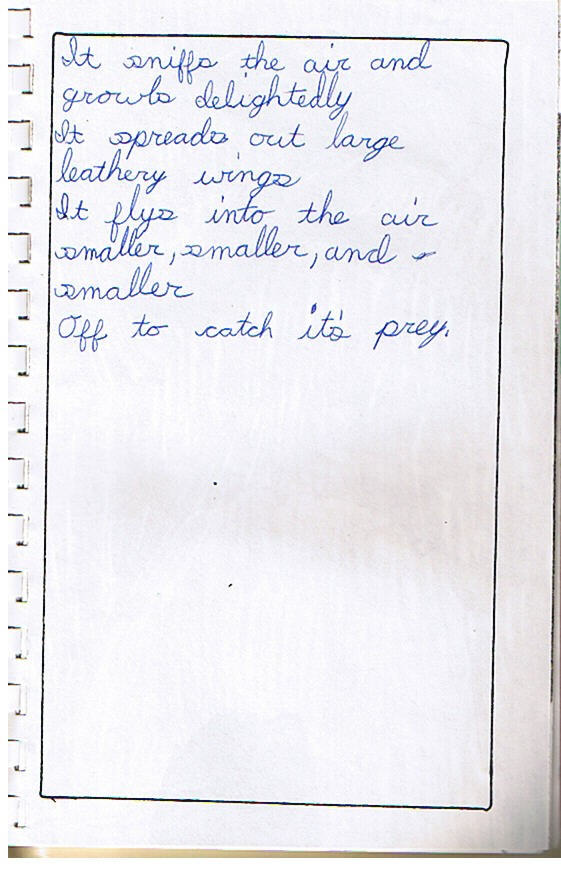 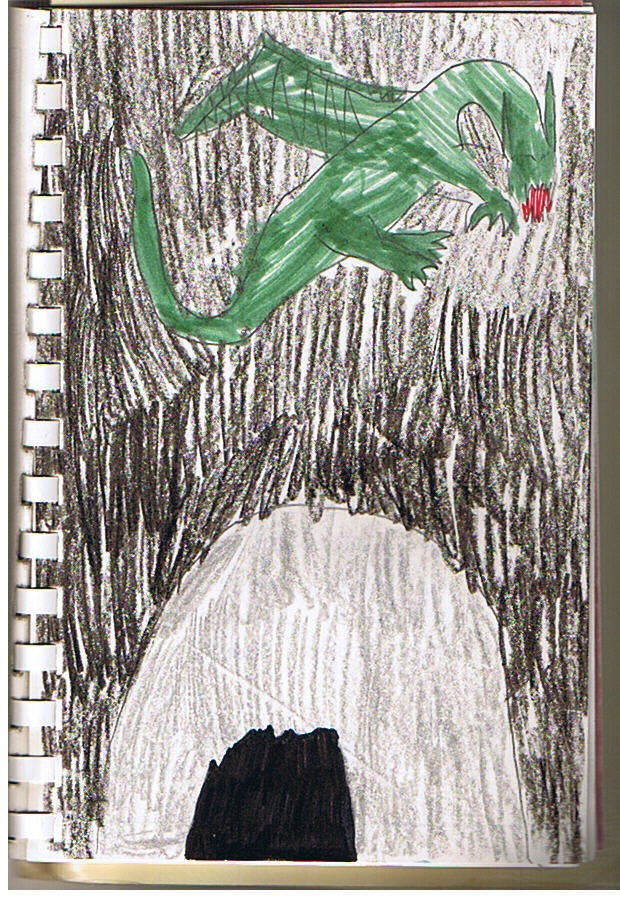 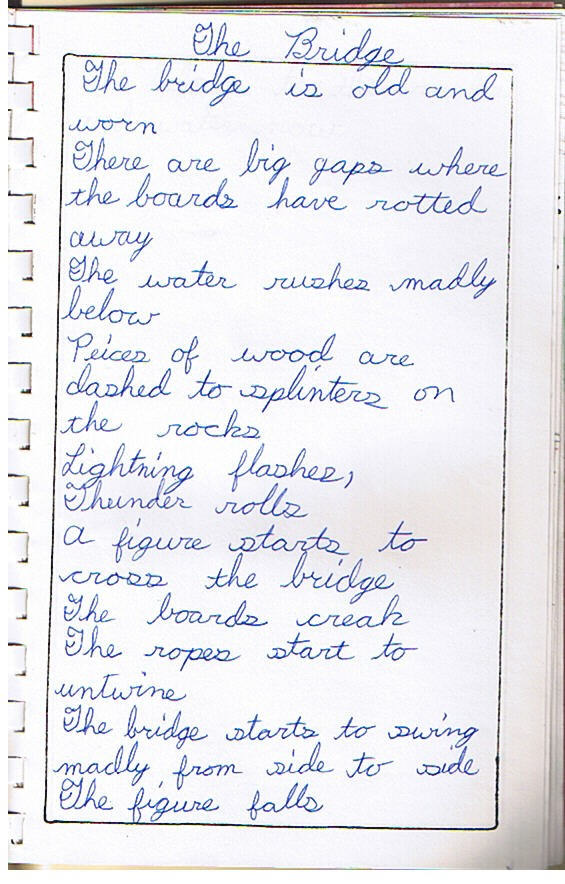 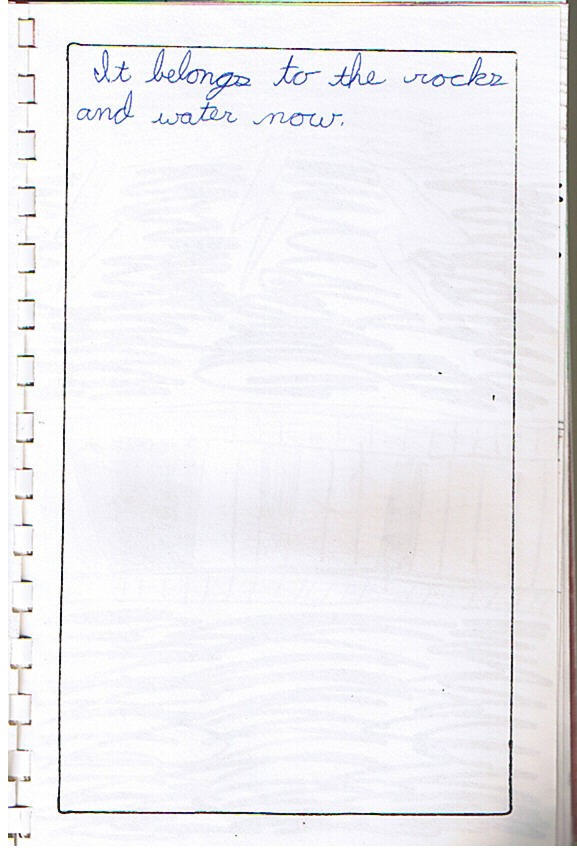 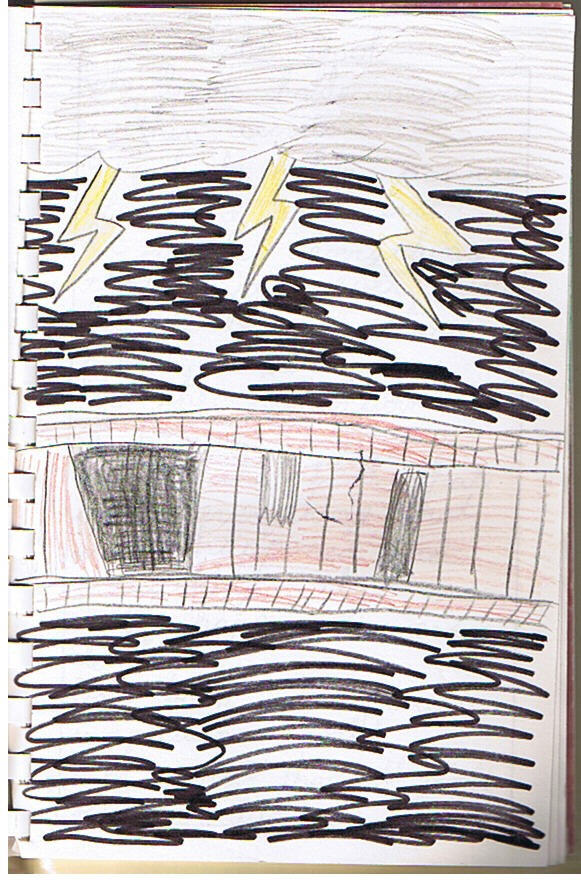 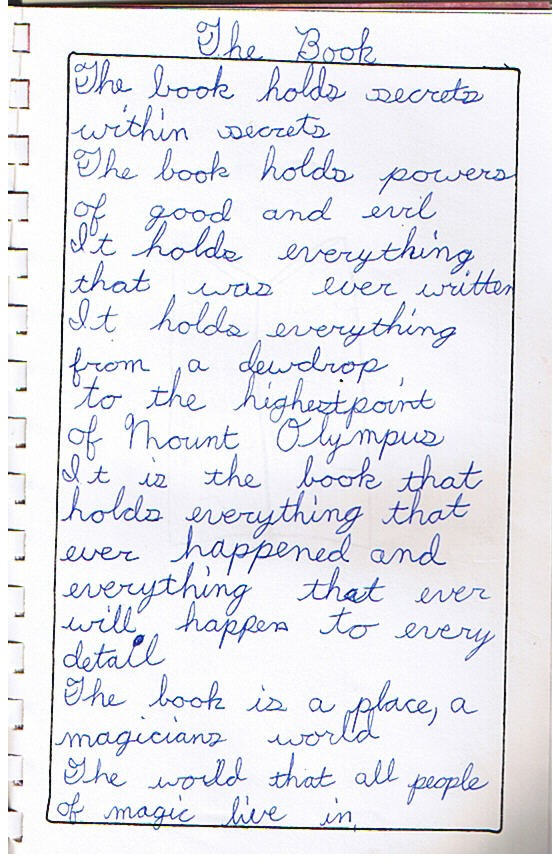 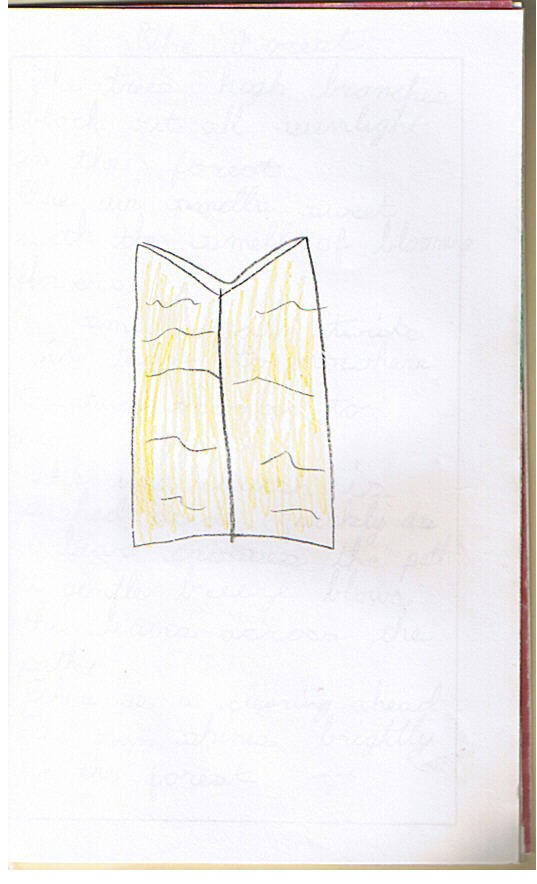 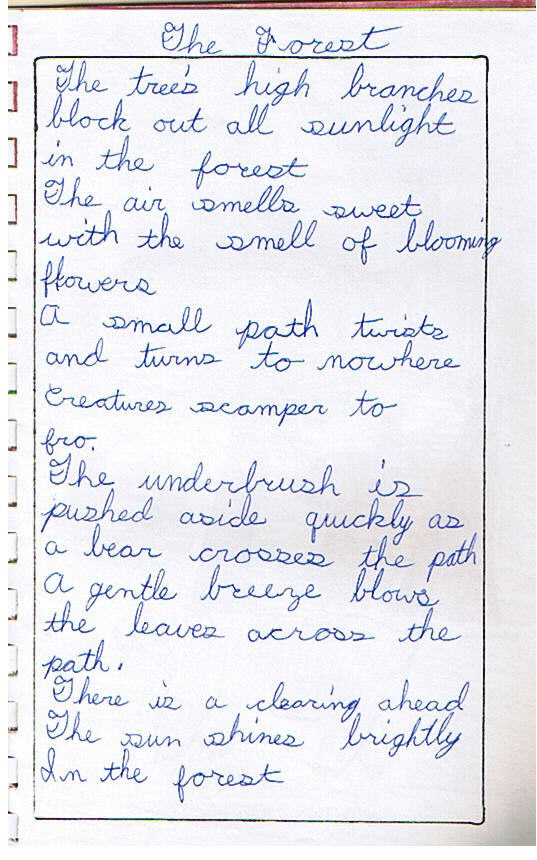 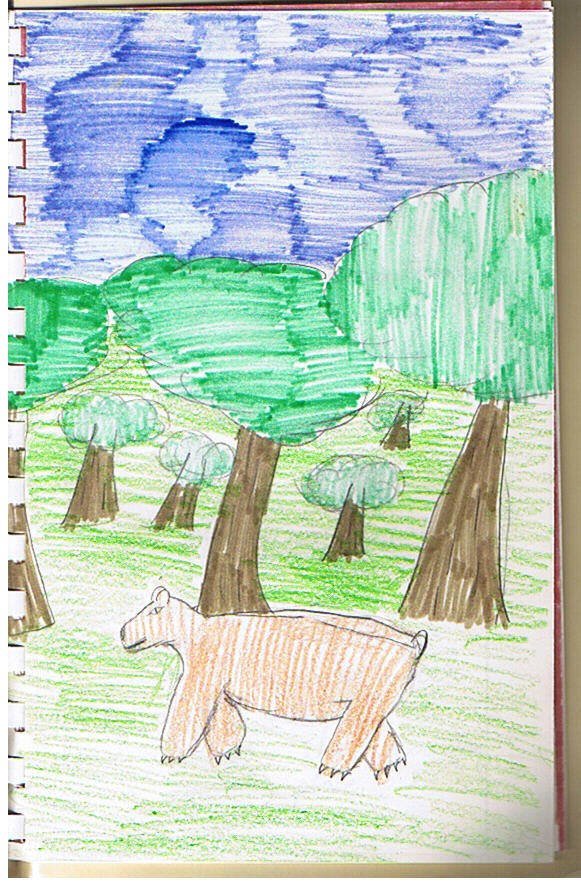 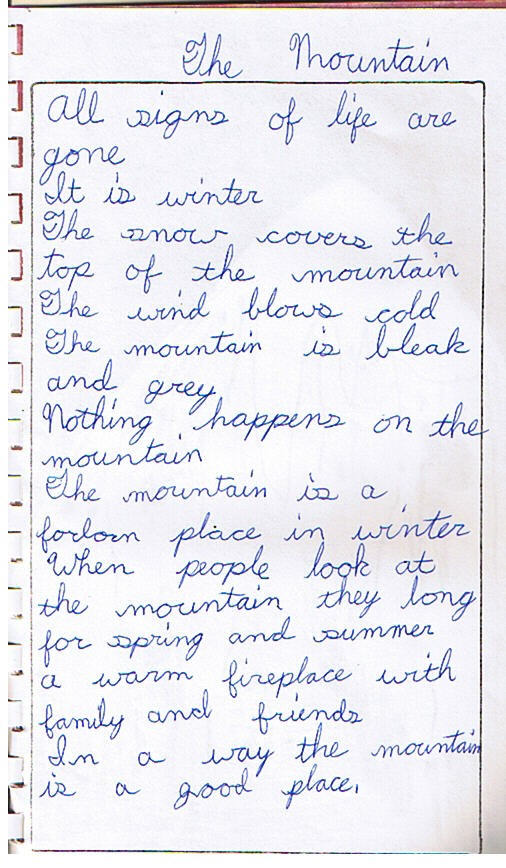 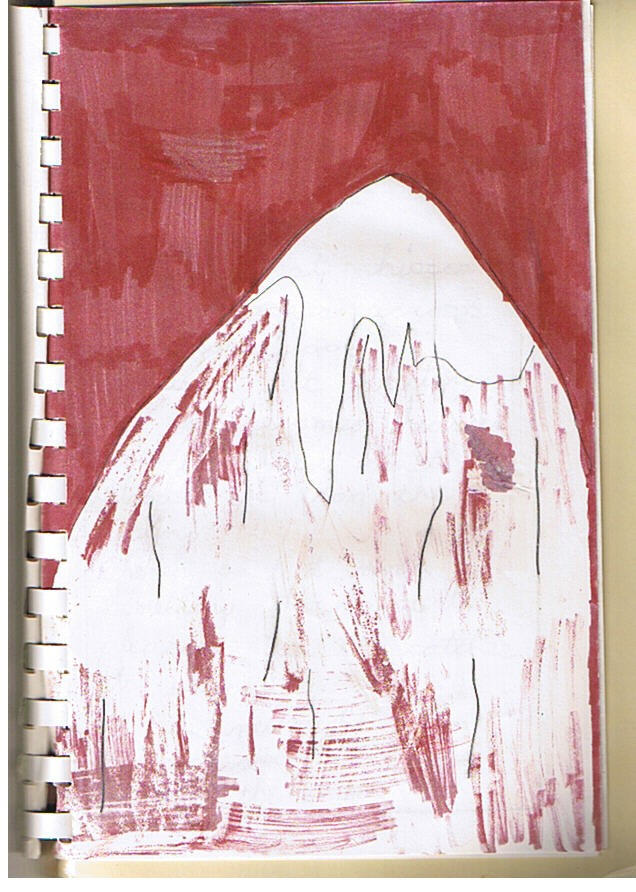 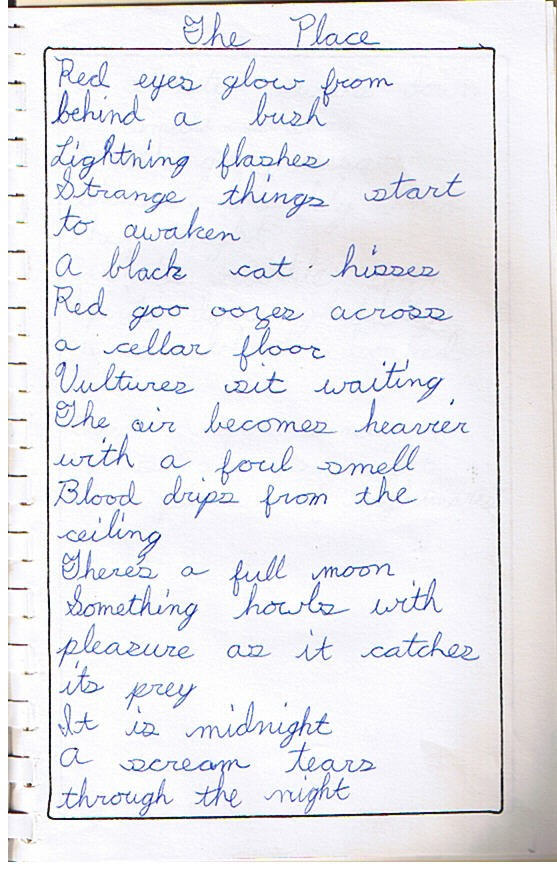 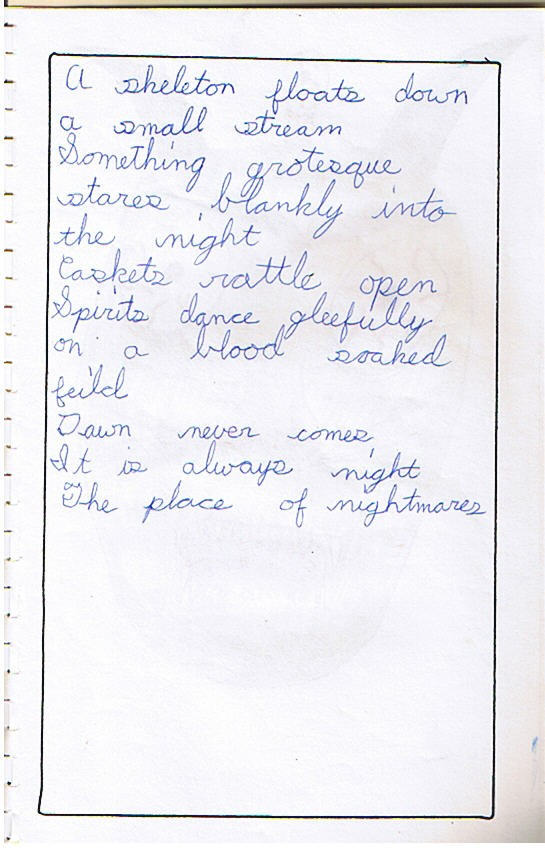 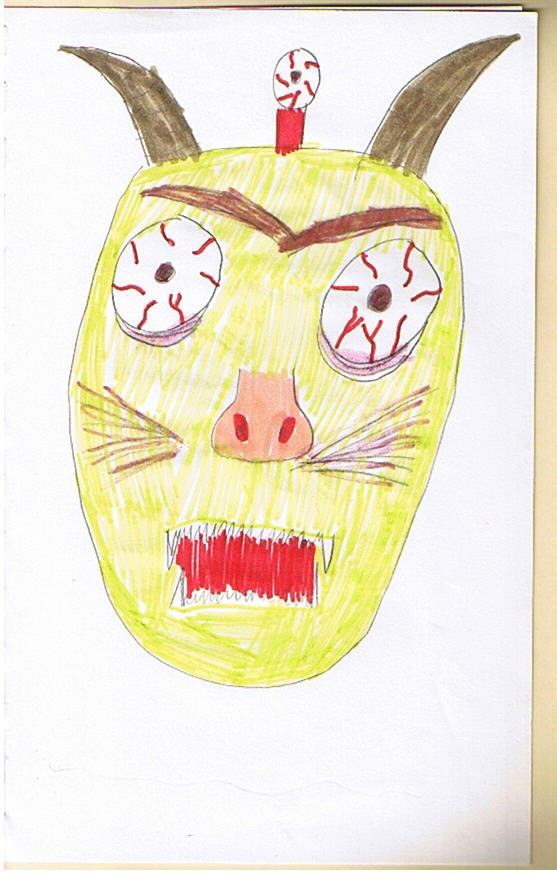 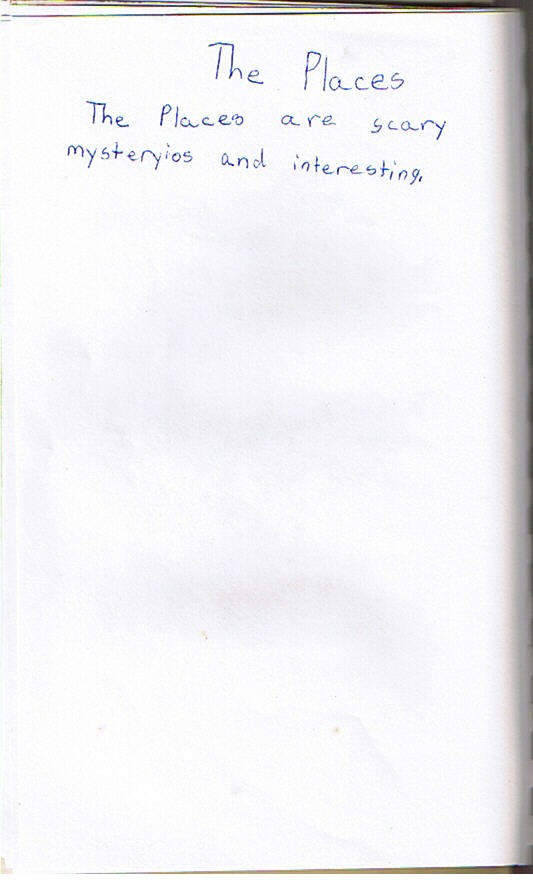 Some background about this book:

I’ve posted this online before, and people always ask the same questions about it.

What happened when I turned it in? Did I get in trouble?

Nope, I didn’t get in trouble when I turned in The Places. I was in a class for gifted children, and weirdness was pretty much the norm for us. Plus, my teacher had come to expect this kind of strangeness from me.

I always wore black from head to toe. I was permanently glued to my copy of The October Country by Ray Bradbury. I wanted to be Elvira or a werewolf when I grew up. It would have been weird if I hadn’t written a horror book.

I did, however, get in trouble when our teacher gave us an assignment to write and perform a monologue from the perspective of someone at a mall who heard an explosion.

This is what I wrote and made my best friend perform in front of our fourth grader peers: 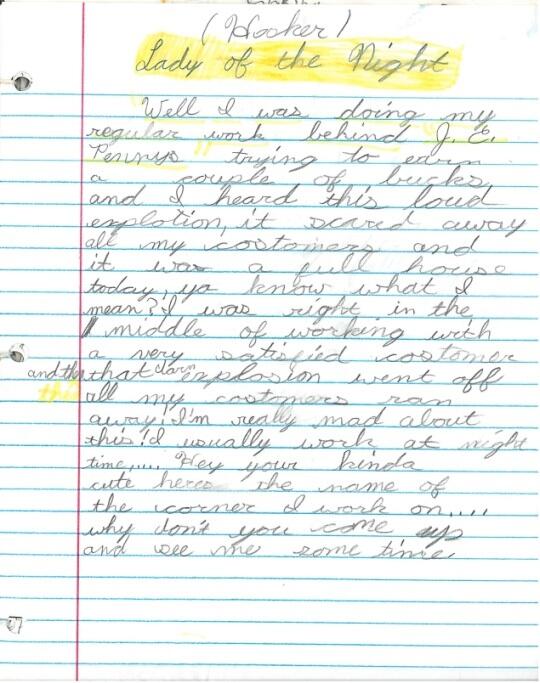 I can’t really explain why I wrote this (or why I felt compelled to add the word “Hooker” to the title, in case “Lady of the Night” wasn’t clear enough). All I can say is I watched a lot of Night Court when I was a kid.

What did my teacher and parents think?  What would possess an eight year old to write like that?

Neither my parents nor my teacher were disturbed by The Places, because they all understood that I was trying to process something terrible: the suicide of my stepsister.

I idolized and adored Lisa practically from the first moment I met her. She had a rough-and-tumble, exuberant energy and a boundless sense of fun. There was irresistible magic in her personality — something far stronger, far wilder than mere charm.

Lisa was a talented, fiercely creative artist. No paper that crossed her path could escape unadorned with fantastical creatures. I’d beg and beg her to watch horror movies with me, and when I was too scared to sleep afterwards, she’d stay up all night, making up hours-long, intricate fantasy stories for me. Her imagination was limitless. She was one of the most special people I’ve ever known.

Lisa was also schizophrenic. It ran in her family. Her grandmother talked to Jesus and her dead husband every day. When Lisa started hearing voices, she knew they weren’t real. She knew what was in store for her. And it was a life she did not want for herself. 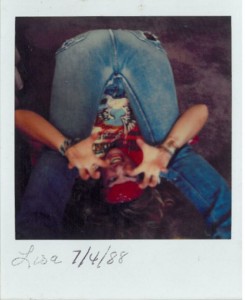 The suicide of a family member is never easy to cope with, but I suspect it’s particularly difficult to process when you’re a young child who’s never encountered death or suffering before. I dealt with it by throwing myself even deeper into dark and monstery worlds.

My obsession with horror sharply intensified after Lisa’s death. I loved the monsters and the villains, the psychos and the vicious killers more than anything else in the books I read and the movies I watched. I wanted to be a monster.

In retrospect, I’m certain I felt that way because the bad things seemed immune to pain. They were fearsome and mighty, with icy hearts that surely grief could never touch.

By the time I was in my teens, my bedroom was a shrine to horror. Posters of monsters and scary movies covered every inch of wall-space. Cardboard cutouts of Elvira and the Crypt Keeper watched over me while I slept.

And I never stopped writing. My first novel, written in junior high, was about a girl secretly burdened with the responsibility of killing vampires (no wonder Buffy the Vampire Slayer resonated with me so much years later). My second was an American Gothic fan fiction, written in high school.

Writing horror is a compulsion for me.

Thank god this happened in the 80s:

Another thing people always comment about is what would happen to a child today who turned something like The Places in for a school assignment.

I am very grateful that I grew up in another time. A time where a kid like me wouldn’t be medicated up to the eyeballs, or separated from her peers for such weirdness.

I was lucky to have a teacher that encouraged my creativity without judgment. I wish that every creepy kid out there like me could find a place of acceptance the way I did in that class.

3 Responses to “I Was Meant to Be a Horror Writer”